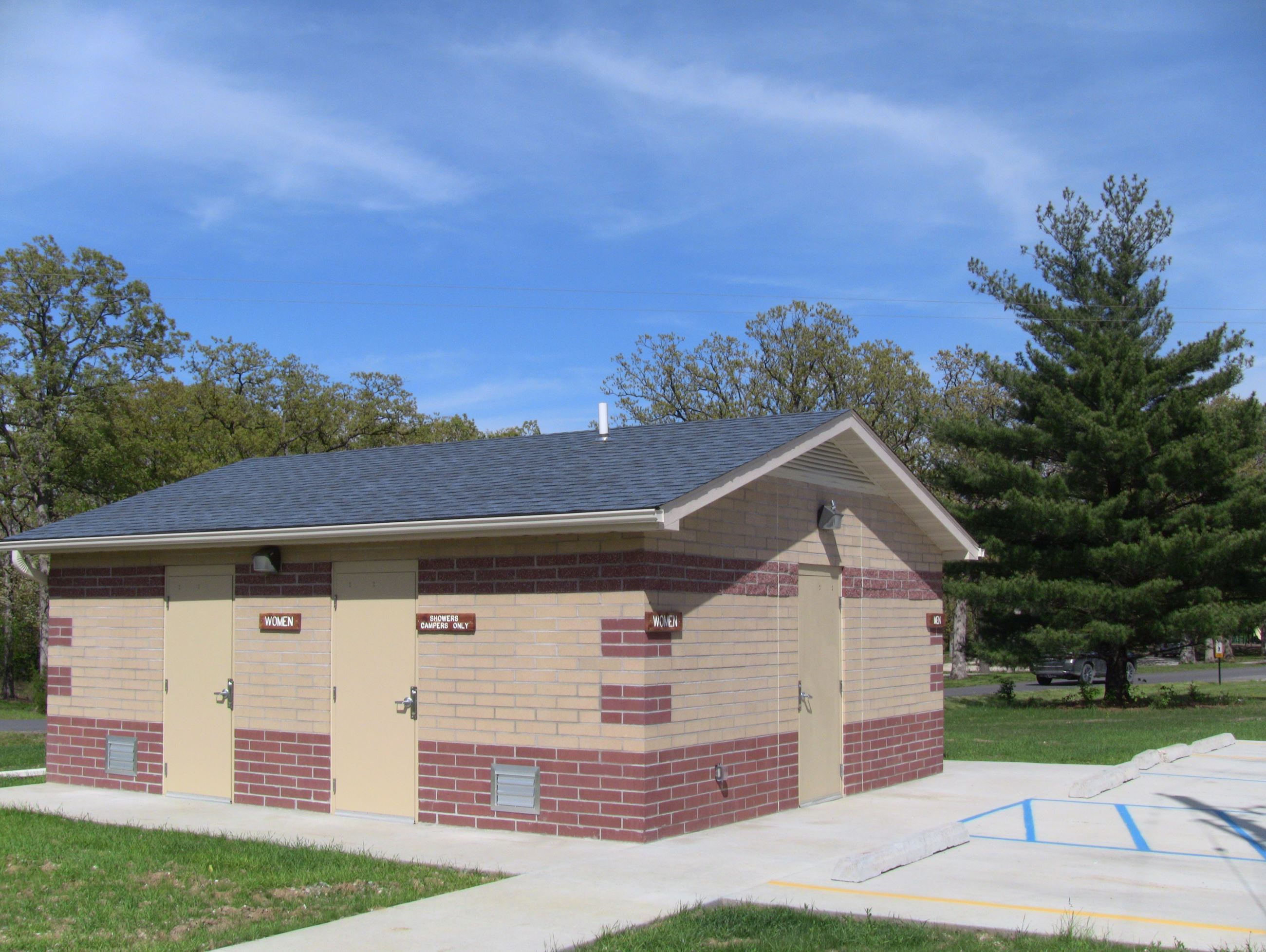 The shower house at Thompson Campground in Rothwell Park was constructed at the end of 2014 and opened for the 2015 season. The shower house has two shower / restroom units for campers and two restrooms open to the public.The facility is ADA accessible and is open all year for the convenience of park users.

Funding of the shower house came from a combination of Moberly Parks and Recreation, LWCF grant funds from the DNR, Moberly Tourism Commission, Friends of the Park, and the Moberly Kiwanis Club.